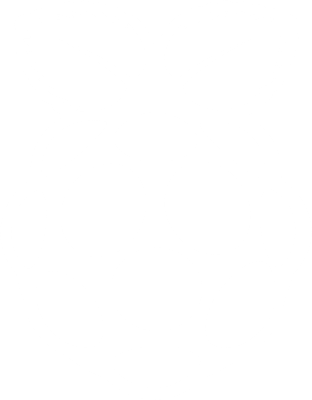 Updating flightradar24 with a Raspberry Pi

You can feed data into flightradar24 (from now on referred to as fr24) simply using a Raspberry Pi and a cheap USB DVB-T tuner.

All the data in fr24 is collected by volunteers around the world using some very simple radio equipment. Most modern planes constantly broadcast information about themselves, including their callsign, altitude, longitude and latitude. The radio broadcast signal is called ADS-B, which is broadcast on a radio frequency right next to the frequency range used by terrestrial digital video broadcasting (DVB-T). DVB-T is commonly used in europe and other parts of the world and therefore it is very easy to get hold of a USB tuner. These can be modified (in software) to pick up data from ADS-B to send on to fr24.

All you need to collect data and send it to fr24 is a computer capable of utilising a USB DVB-T tuner and the tuner itself. One of the cheapest computers on the market at the moment, both in terms of upfront cost and electricity usage, is the Raspberry Pi. The Pi is perfectly capable of running a DVB-T tuner so it will be ideal for this project but there is nothing stopping you using a Beaglebone, linux server, Windows PC or whatever you have lying around and are happy to keep on 24⁄7.

Sadly not all USB DVB-T tuners are capable of picking up the 1090Mhz broadcast so you need to make sure your tuner has either the RTL2832U/E4000 or RTL2832U/R820T chip/tuner combinations. These are pretty cheap, I got mine for £6.98 on eBay. The antenna which comes with the tuner is fine but you might want to upgrade to a bigger one.

Preparing up your Pi

This guide is based on a fresh install of raspbian so make sure you’ve got that set up already.

To receive ADS-B signals through your DVB-T tuner you need to install some custom drivers.

You’ll also have to blacklist the default driver otherwise you’ll get conflicts.

Now your tuner is set up you’ll need the monitoring software created by fr24 called fr24feed. In the past you will have needed to install dump1090 (the software which speaks to the tuner) and then install fr24feed which takes the data from dump1090 and sends it on to fr24’s servers. However fr24 have now packaged dump1090 into fr24feed so the only thing you’ll need to do is download the .deb and install it. Check the fr24 website for the latest version.

Finally you need to register your receiver with fr24 and configure the software.

You’ll be asked a few questions, just fill in your details, select yes for the data feeds and choose Malcolm Robb's fork for the dump1090 variant.

Once this is done you can test whether your radar is working by running service fr24feed status. You should see output similar to this

Congratulations, if you can see output similar to the above then you have a working feed into flightradar24 running on your Raspberry Pi.

flightradar24, fr24, raspberry pi
Spotted a mistake in this article? Why not suggest an edit!
I feedback.
Let me know what you think of this article on twitter @_jacobtomlinson or leave a comment below!
comments powered by Disqus